I don’t think I’ve ever seen anything on this scale in my life. The first time I visited China was around this time last year. I thought I’d go see the Great Wall since I’m in this part of the world – and that’s as far as my brain went… If you’d told me that I’d be living here a year later, I would have raised an eyebrow and looked at you like you were nuts.

But I guess life had other plans.

Fast forward a year later, and I’m living in Zhejiang Province. I’d heard largely good things about it before I moved here. I’m not surprised. It is the ‘money province’. Unlike Shanghai and Beijing, it isn’t super crowded. Most of my Chinese friends said that it is one of the best places in China to live. Compared to other cities, the air quality here is supposed to good. (Ahem… Ahem…) It’s a great place for locals to live and is not one of those cities that’s littered with a whole load of expats. Oh and by the way – Ali Baba is headquartered in Hangzhou.

Unlike Beijing, that felt very ‘foreign’; Hangzhou doesn’t. Truth be told, it kind of reminds me of Yokohama… Hmm, about that…

Having said that, there’s still a lot of getting used to. Everything here is big. Well, it kind of has to be – to provide for a population of this size. Despite the loooong queues, everything moves really really fast. People generally don’t bother with niceties, but will be nice back if you’re polite.

I finally took two days to travel around by myself and get a ‘feel’ for the city. I like it, but I can’t say I warmed to it. No big complaints, but no big compliments either.

I also took DiDi (China’s Uber) twice by myself. It’s sometimes hard to *physically* find drivers given all the mad traffic, honking and general craziness – but so far so good (and I hope it stays that way). I also did take the bus and subway in Hangzhou, but I bloody hate buses and Hangzhou’s subway system is not that extensive around the West Lake area. Also, the drivers looked stunned as hell when I got into the car. Male driver + foreign women = general awkwardness. I-want-to-stare-but-I-really-shouldn’t. Plus the fact that I speak Chinese usually lead people to think I’m some kind of Chinese ethnic minority… Humans never fail to surprise me with their linear logic.

Anyways, that’s all from me for now.

I’m tired and heading to bed. 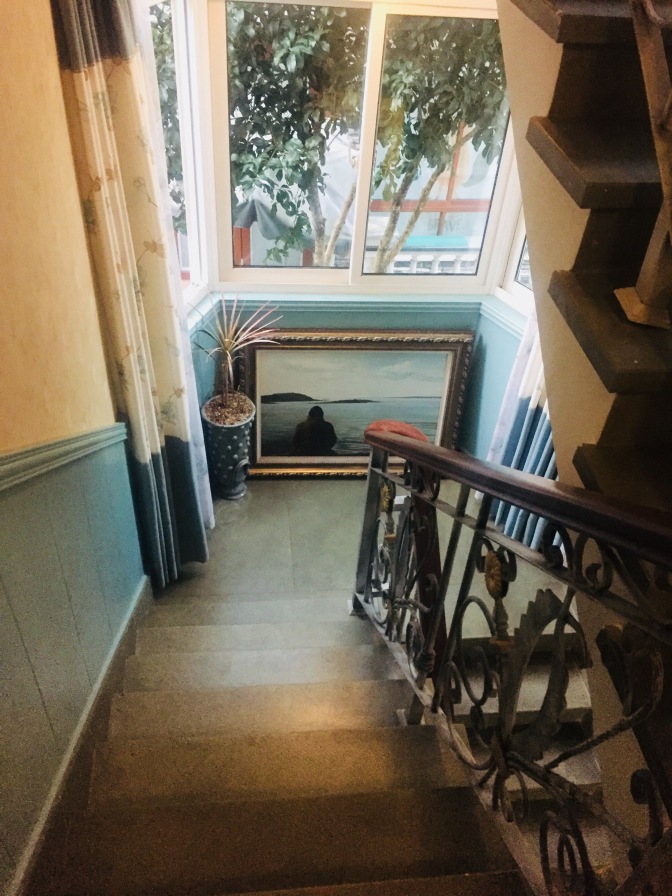 One thought on “Hangzhou Weekend: first impressions of Zhejiang Province and riding a DiDi”