Miraikan, oh Miraikan. I’ve had the opportunity to travel extensively all over Japan for work since I came here three years ago. But the National Museum of Emerging Science and Innovation (the looong name for Miraikan) is probably one of the coolest places I’ve ever been to in Japan. It just blew my mind. Like seriously. If I wasn’t there for work, I would have spent the whole time with my mouth wide open asking the multilingual Science Communicators a million questions.

I tempered myself… I was at work after all…

The coolness began even before I arrived at the museum. I took the Yurikamome Line to Telecom Station Center Station. It’s a driverless train with a FABULOUS view. It brought back A LOT of childhood memories. I didn’t manage to get the front of the train like I wanted, but it was still pretty damn awesome.

A far cry from the cattle class commuter hell that is my daily experience in Tokyo. It was like travelling from day to day life into the future in the present moment.

Pretty epic, if I may say so myself.

According to a Time Magazine article, robotic technology plays a larger role in Japan than anywhere else in the world. The author writes, “Japan hopes this new robotic army could be part of the answer to an ever-declining birthrate and shrinking workforce in a country famously wary of opening its shores to immigrants.”

Well, then… Robots it is.

And there she is. Otonaroid.

The creepiest looking robot of the lot. I could hear the whispers of kowai scary all around me. It’s one thing when robots look like robots. It’s another thing when they look kinda like humans. Otonaroid blinks. She waves her hand. She nods. She speaks. She mimics many things that a human can do, except she doesn’t seem human at all. But then again – exactly what is a human? 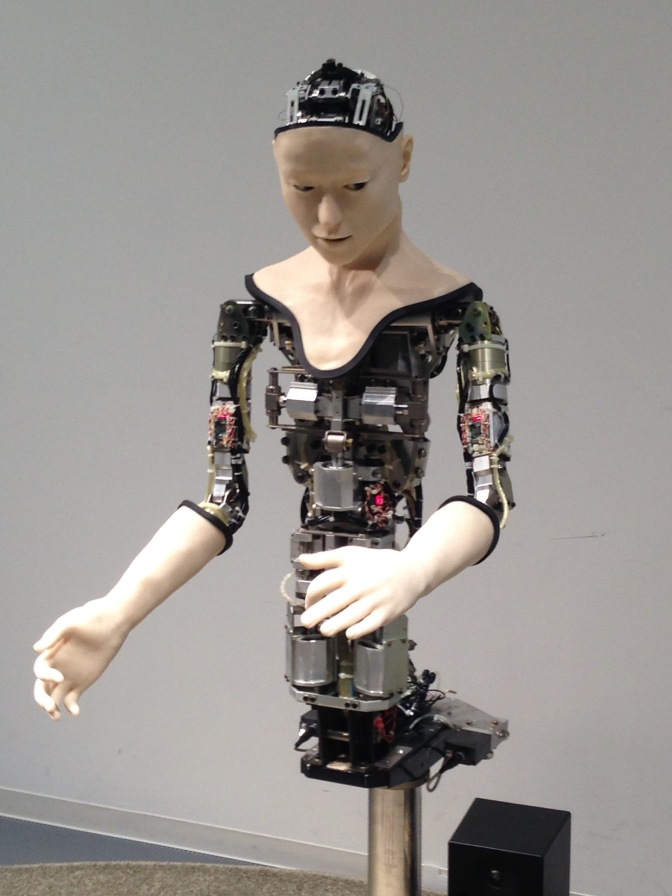 As far as I know, we humans (foreigners and Japanese alike) don’t look like that underneath it all, but hey…

According to an article by The Heritage Foundation, under the structural reform elements of Abenomics, the Ministry of Economy, Trade and Industry (METI) aims to make Japan the world’s leader in robotics. The goal? To realise a “New Industrial Revolution Driven by Robots.”

Japan (and humans – but what is a human?) is getting there. Honda’s Asimo can understand aspects of its environment and the humans that inhabit it. This enables it to interact with us in a way we can understand. This robot has been a major attraction all over the world and with good reason. Unlike Otonaroid which is FREAKY – Asimo satisfies our preconceived ideas of what robots should look like whilst assisting and entertaining us at the same time.

And if you want a dog whose poop you don’t have to clean, look no further. There’s even a robot dog to sort you out. Trying to get a picture of this little fella was impossible – everyone wanted to touch it… Err, why? I don’t believe that it can actually feel human affection – but we humans still have a need to give affection? 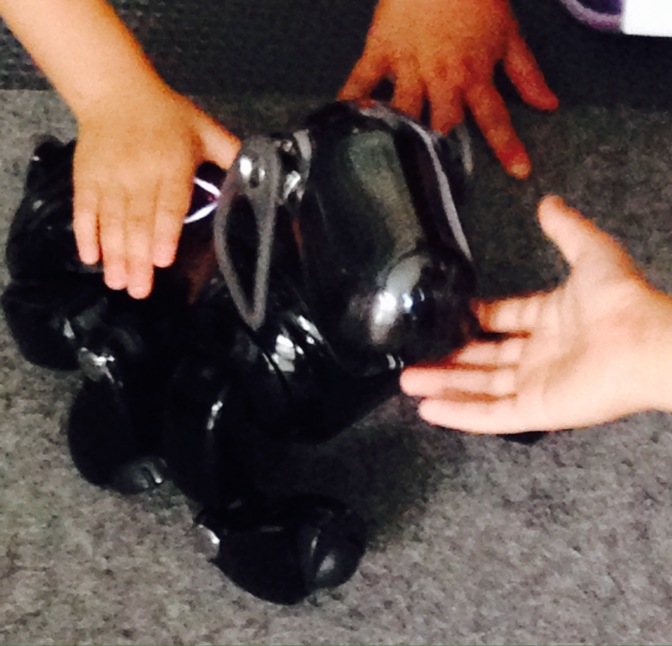 I’m pretty blown away by robotics. I’m still trying to wrap my head around what all of this means for the future of mankind. But in the interim, as a woman who actually works – if I could get a robot that cleans the house – that would be much appreciated. Thank you.

Till next time, stay curious.

9 thoughts on “Miraikan: robots and the future of Japan”