I woke up to a landscape that was neither old nor new. That was neither ancient nor modern. I’m not quite sure how to describe Taipei – except that it reminds me so much of the Singapore of my childhood. Shophouses. Tall buildings. The MRT. The sound of Mandarin, Hokkien, English and Tagalog at the main train station. People working hard. People playing hard. The old heritage and the new ways coexisting with one another.

By 9am, I was showered, dressed and ready to greet the day.

Located in the Shilin Area – which is easily assessable by MRT, you’ll have to take a bus from Shilin Station. Everything is clearly marked in both English and Chinese so it’s really not that complicated. If you’re a history buff like me, you’ll love the National Palace Museum.

The museum has a permanent collection of over 700,000 pieces of ancient Chinese artefacts and artworks, making it one of the largest of its type in the world. The collection encompasses over 10,000 years of Chinese history from the Neolithic age to the late Qing Dynasty.

My favourite section was the impressive jade collection. There was even a piece designed to look like a cabbage. Hmm…

It was also super super super crowded. Be prepared to be aggressive and hustle. If you talk too loudly, you will be told off. Kids are not exempted from this rule. The admission fee is TWD 250 (US$8). Not to be missed. 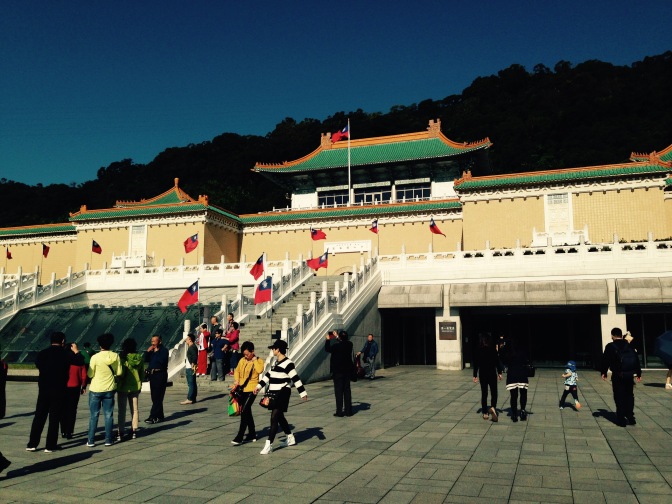 Taiwan is super famous for this. Little shops selling random goodies. I was hungry after spending all morning walking around it was really hard to decide on a place to eat. I finally settled on a dumpling place – where I had pork dumplings and some fishball and seaweed soup. And then I had a second treat of ‘Chinese Pizza’ which was essentially some kind of filo pastry type thing with eggs, chives and other random bits and pieces. It was just umm…umm.

I used to go for these often enough, but haven’t been for one in years. And man was it great. As a teacher, I spend a lot of time on my feet, and yet I neglect them horribly. The gentleman who weeded out all my knots put me to sleep. Amazing. Zzz…. I didn’t want to wake up.

My partner in crime made it to Taipei safely (yay!). Reunited, we headed off to Elephant Mountain. Easily assessable from Xiangshan MRT, it’s known its view of Taipei City. It takes around 20 minutes to ‘hike’ to the top. It’s a relatively easy ‘hike’, but not when you’re dressed in your Christmas finest and are wearing silk stockings. I ripped mine grr… 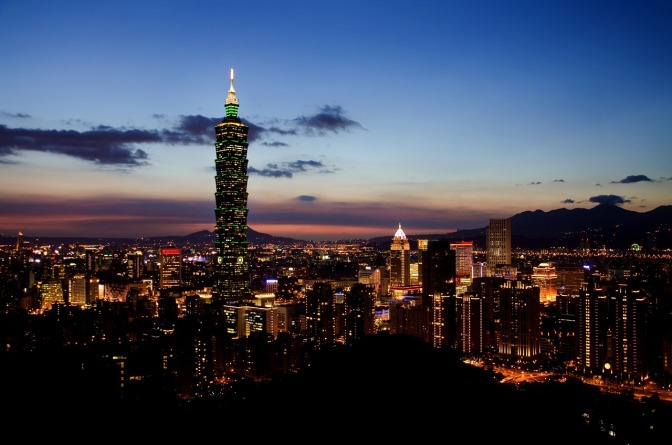 I just had the best spring rolls of my life. They were so good that despite the fact that we ordered two batches, they were in my stomach before I remembered to take a picture. Damn it! We ended up eating at a random Mom-and-Pop restaurant where the soup was what we needed and the food was fresh and wholesome. Not what most people eat at Christmas but our tummies were happy. Can’t complain.

It was the world’s tallest building from 2004 till 2009. I couldn’t be bothered to go upstairs. I’ve had enough of tall buildings in major cities. The mall itself had the usual expensive designer shops, overpriced coffee shops and the like. It was probably the least exciting part of my day, but at least I checked it off my list. Tick. 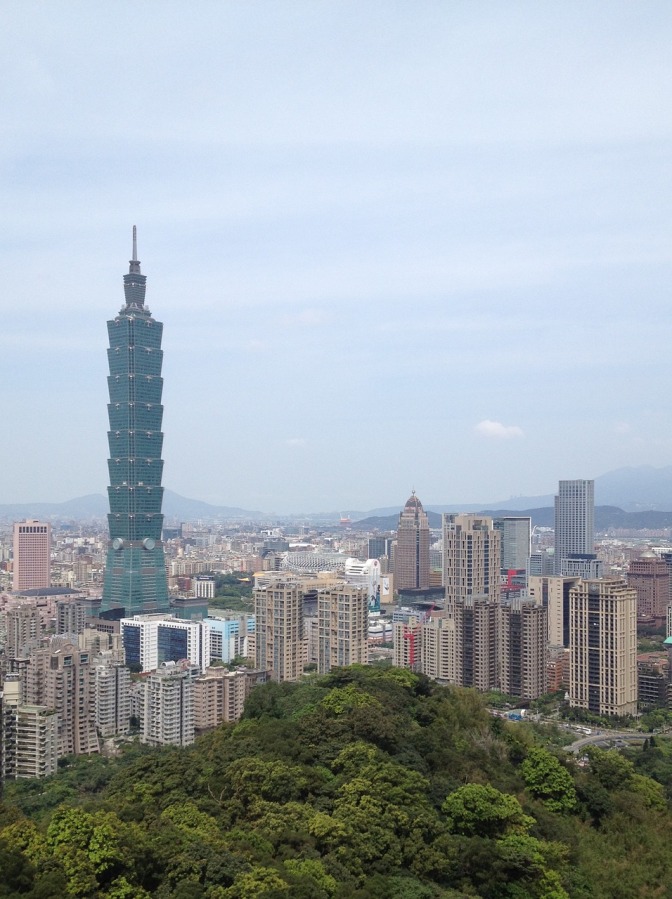 One thought on “Day 1 in Taipei: an ancient museum, a modern tower and an elephant mountain?”