“You have to put ten yen in the jar for every Japanese word you speak,” she said.

Tough love. I like it. If only I could enforce it in my classroom. None of this coddling.

I accidentally gatecrashed Kunduz Rysbek’s English class a year and a half ago. Spirited, intelligent and feisty – I connected with her immediately. Since then, I haven’t been able to let go. I’m absolutely fascinated by her and her home country.

I was living in Oita at the time, and she was living in Beppu. We were twenty minutes away from each other. These days, I live in Yokohama and she’s back home. Long distance friendships are the bread and butter of a third culture kid’s life.

“When are you coming to Kyrgyzstan to visit me?” Kunduz asked me over our whatapp call.

I would be on the next plane there if it wasn’t for work, rent, bills and all those other responsibilities that must be met. I have dreamt and dreamt and DREAMT of going to Central Asia for years now.

“In Kyrgyzstan,” Kunduz said, “there is an unexplainable connection between people and nature. We have celestial mountains and crystal clear waters.” 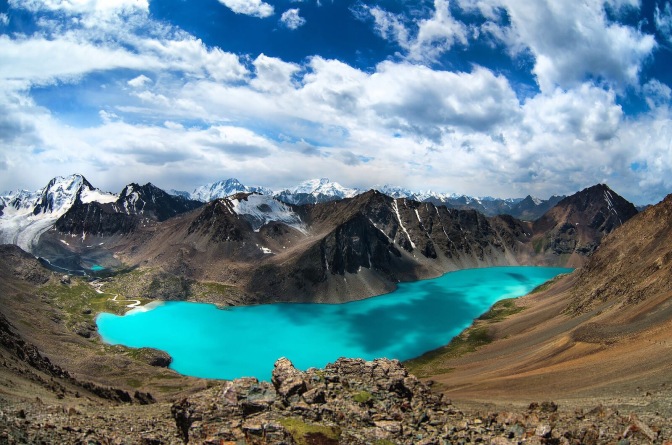 What a tease. See how she tortures me.

Kunduz doesn’t need to sell Kyrgyzstan to me. Both she and her home country have had my heart from the moment they said hello. 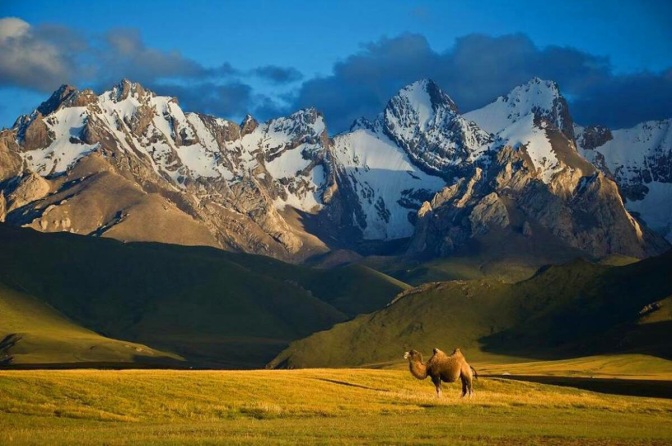 “Bishkek is a very international city,” Kunduz says about her country’s capital. “It’s cosmopolitan despite being so small. Yesterday I went out and heard people speaking Turkish several times. I also saw Germans, Americans as well as Dutch and Chinese people.”

The more Kunduz talks, the more I want to hop on that plane go over during the Christmas holidays. Unfortunately, it’s not a good season to visit. Winter and I are not friends. 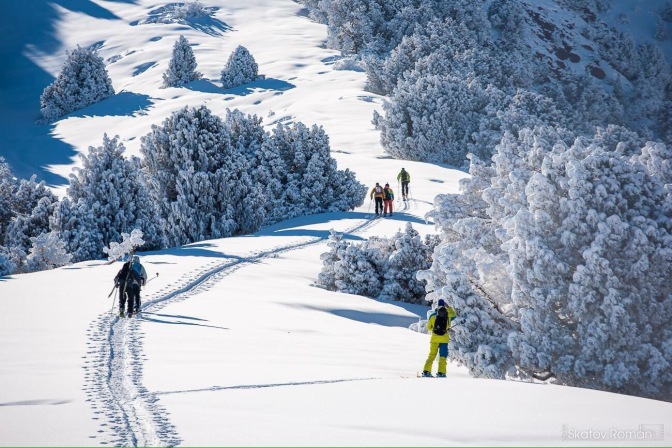 Born and raised in Bishkek, Kunduz grew up speaking Russian and Kyrgyz.

“I feel the same way about the Kyrgyz language,” she answered. “I’ve been transitioning back to Kyrgyz ever since I returned home. Especially since I’ve been away for so long. Russian and English are my mind. Kyrgyz is my heart.”

“I loved studying English and Russian,” Kunduz says. “Other languages, not so much.”

I understand. All us multilingual people always have our favourites. Some languages we connect with. Others are just grammar rules and drills that we don’t care for.

When Kunduz turned 18, she went to study in Chongqing , China. She was a freshman at Bishkek Humanities University; and the emergence of China led to her interest in studying Chinese.

“English was easy to learn compared to Chinese,” Kunduz said. “In Chinese, the grammar is easy, but the tones, pronunciation and writing are very difficult. So I focused more on spoken Chinese.”

In China, Kunduz was exposed to many different people and cultures. It’s when she realised that people of different backgrounds have opinions that don’t match yours.

“I met a Columbian student studying in the US and living in China,” she said. “We got into an argument about who ended World War II. He said that it was the US. I said it was the Soviets. It was a huge shock for me. Every family in Kyrgyzstan has someone they lost in WWII. It’s a very sensitive topic for us.

“So we researched the topic. Officially, the bombing of Hiroshima and Nagasaki ended World War II. But without the Soviet Union and the main front that fought Nazi Germany, Hitler would not have been defeated.”

In August 2009 another continent beckoned. Kunduz transferred her credits to Miami University and lived in the US for two and a half years.

“I loved studying there,” Kunduz said. “Ever since I was a child, my parents always told me that I should study in the US, enter politics and become famous. Liberal arts education in the US suited me. I had new opportunities there. Discussions in class, conferences and round tables.”

“What was your worst memory?”

Of course. I don’t know many people who like taking exams. By the way, we teachers don’t like marking them either. Exam season is the bane of my existence.

“I missed my family when I was living in the US,” Kunduz said. “Hospitality is a big part of Kyrgyz culture. I love having people over and vice versa. But this culture just wasn’t present in the US. So I had to make an effort to invite more people over.”

“I understand,” I said. “I come from a culture where hospitality is really important, too. Japan’s been difficult for me in that respect.”

In December 2014, Kunduz arrived at Fukuoka Airport. It was 2pm. She took a two hour bus ride from the airport to Beppu: which would be her home city for the next year and a half.

“More about function than form?” I said.

Kunduz laughed. I’m starting to feel like I’ve been in this country for too long.

“Japan was a huge emotional transition for me,” Kunduz said. “I left behind a super busy and well-paid job. I suddenly had no network and not as much money. I also wasn’t as important and virtually a zero. All of a sudden, I found myself pregnant and at home.

“But still, I enjoyed Japan. Beppu is a family city. The air is so clean. It’s difficult to get to know Japanese people because they are very closed. But I got lucky and made some Japanese friends immediately.

“I didn’t like the meat in Japan,” she said. “The lamb and beef is terrible.”

I laughed. I concur. I love lamb – and out here it’s just not the same. It’s that frozen stuff. Yuck.

“Wait till you try the lamb in Kyrgyzstan,” Kunduz said. “It’s organic and fresh and…”

See how she teases me? First with the celestial mountains, clear waters and now the lamb?

Kunduz and I come from completely different cultures – but she’s been to my house and I’ve been to hers. Mi casa, su casa.

Despite having travelled to over 50 cities around the world, Kunduz says her personal favourites are Nepal and India.

“They’re different,” she said. “The birthplace of Buddha. The highest peak in the world. I also love Indian culture and folk songs. Yes, there is poor infrastructure and hygiene problems, but I felt serene. I was happy to be there. I felt at home. My father didn’t like India because he found it unclean, stressful and chaotic.”

I get it. I’ve been back to my ancestral homeland 4 times in my life and I know the feeling. India’s raw. Real. Some people love it. Others just can’t bear it. My own feelings are another story for another day.

“I don’t think I’ve ever had a role model in my life,” Kunduz answered.

Her response didn’t surprise me. Kunduz has her own mind. A mind that I love spending time with. She’s smart, funny and intense. I love that about her.

“Tell me who influenced you,” I said, rephrasing my question.

“Karen Dawisha from Miami University,” Kunduz said. “She was my professor and influenced me as a woman and a person: both her personal qualities and also her career.”

An educator, I thought. Scary.

As a teacher, I often wonder what my students will remember about me years from now. We’re off doing our day to day jobs, but we don’t realise how much influence we have.

“What was the best advice she gave you?” I asked.

“Success is 5% inspiration and 95% perspiration. Thomas Edison said that. I always remember it. Just not on the weekends.”

I laughed, again. Yes – we all need our beloved day of rest or we will drive both ourselves and everyone around us really crazy. I’d really rather not do that.

Kunduz speaks 5 languages, has lived in 5 countries, and visited over 50 cities – but like a salmon, she always returns home.

“Would you ever immigrate to another country?” I asked.

I smiled. I expected that answer. As we said our goodbyes over the phone, she asked me that question again.

“So when are you going to come to Kyrgyzstan?”

She’s such a tease. If only she knew how much my heart aches to visit her home country.

“Next August perhaps,” I said.

You never know where life’s winds can blow you. I should probably learn some Russian before I head out that way.

But the real question is – when I am in Kyrgyzstan, will Kunduz charge me 10 yen each time I speak English?

To be honest, I don’t mind. None of this coddling. Tough love is the way to go.

4 thoughts on “A Love Letter to Kyrgyzstan”