Me or we. Family or self. Eastern or Western. Head or heart. Following convention or doing your own thing.

It really doesn’t have to be one or the other.

I’ve known Charmaine Yam for a decade now. She even came to visit me in Japan earlier this year. It takes a long time to make an old friend.

When I was a student at the University of Melbourne, I had hearts in my eyes for everybody.

I met Charmaine at Eakins Hall while I was standing in line for dinner. Since then, we’ve had way too many girls’ days out and nights in.

It’s when we talk about life, work and ahem…boys.

Charmaine and I have had a long distance friendship for the past three years.

“My grandma was very atypical for her time period,” she told me over Skype and wine. “Especially for someone from that generation living in Hong Kong. She got married in her late 30s. She was a nurse and had a career. She was independent, experienced tragedy in life and didn’t let it get her down. My grandfather passed away when my mother was a teenager. But grandma held the family together.”

Born in Hong Kong, Charmaine immigrated to Australia when she was four. Worried about Hong Kong’s impending return to China, Charmaine’s parents left the city nicknamed ‘The Pearl of the Orient’. They return to visit from time to time. 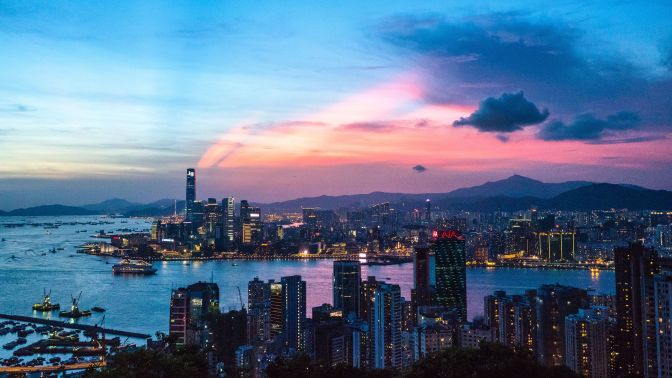 It’s been around two decades since ‘the Return’, but Charmaine barely has any family left in Hong Kong. She describes her family background as conservative, but not traditional.

“Hong Kong’s very cosmopolitan,” she says. “And materialistic. People there equate success in life with acquiring material goods and the security that comes with it. That kind of thinking makes me anxious. You can never truly be happy cause there is no end point. But I think people in Hong Kong view that as being practical and realistic.

“Chinese people are disciplined. We value work, meeting deadlines, efficiency – just getting things done. We respect our elders. But the Chinese are sometimes honest to a fault.”

The eldest of three sisters, Charmaine was too young when she left Hong Kong and is quite sensitive about the fact that she can’t speak Cantonese fluently.

“I can understand it perfectly,” she says, “but I feel self conscious speaking it. It’s a difficult language. Apart from my parents, no one speaks to me in Cantonese. It’s unrealistic to know a language you’re not immersed in.”

It may be easy for Charmaine to superficially blend in in Hong Kong, but she has no idea what it’s like to actually live there.

“My view of Chinese culture is limited to my parents,” Charmaine admits, “and not what is going on with people in present day Hong Kong.”

But in Australia, she doesn’t feel 100% Aussie either.

“I hate being stereotyped as an Asian person,” the 28 year old says. “Especially since I’ve lived in Australia most of my life.”

“Growing up in Australia has made me less materialistic and more open minded,” she says. “People here are more laid back. I’m more empathetic now. I live my life not worrying about acquiring wealth or reaching a certain status. I enjoy travelling and taking certain things a day at a time.

“If I was still living in Hong Kong, I would be somebody else right now. My view of life has moved in a different direction to my parents. I don’t have the same perspective of life that they do.

“I’ve also learnt to accept failure. It’s not the end of the world. It’s ok to walk alone. You can do things on your own – by choice.”

But there is a dark side to this individualism.

“People in Australia have too much freedom to do what they want,” she says. “There’s a huge identity problem in this country. Most Asians have a strong sense of responsibility to their families. That’s missing in Australia.”

Charmaine and I both take marriage very very VERY seriously. Once married, neither one of us really views divorce as an option. Romeo and Juliet is not a tale I particularly care to tell my kids about my love life. What can I say – we’re old fashioned gals. The best relationships are the ones that last.

Now in her late 20s, Charmaine says she’s arrived at a happy middle ground. She appreciates the extremes of both her Chinese heritage and the Australian culture she grew up in.

Me and we. Family and self. Eastern and Western. Head and heart. Following convention and doing your own thing.

You really can have it both ways.

3 thoughts on “Growing up Asian in Australia”